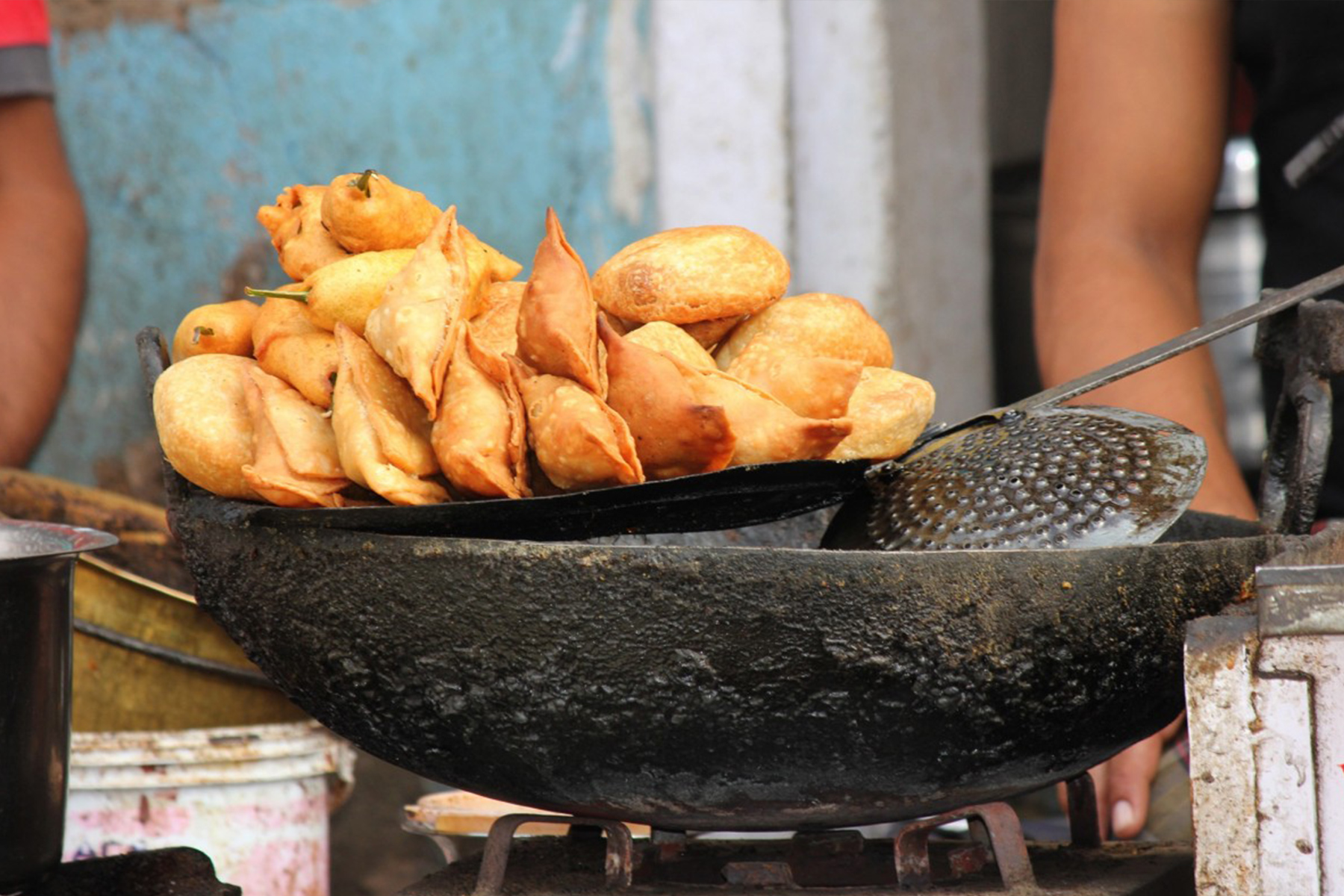 The Samosas are crunchy pasties typical of India, and probably arrived there through the ancient trade routes of Central Asia. The samosas, small triangles of stuffed dough, were easy to prepare around a fire when the merchants stopped along the way, and then put them in their saddlebags to be eaten as a snack the next day. Nowadays it is a product frequently consumed in street food stalls.

This Indian version is the best known of a large family of cakes and stuffed pasties that are also made in places like Egypt, Turkey, Pakistan, Afghanistan, Zanzibar, Tibet and Western China since ancient times, so in the tenth century samosas are already mentioned, referring to them as sanbusak, in cookbooks of these times.

They are usually prepared fried, although there is also a baked version and are usually filled with various ingredients such as cheese, egg, spicy minced meat and vegetables such as potatoes, cauliflower, potatoes and lentils among others.

Whatever the filling, it is a delicious preparation, ideal to be accompanied by a good cup of Masala Chai. 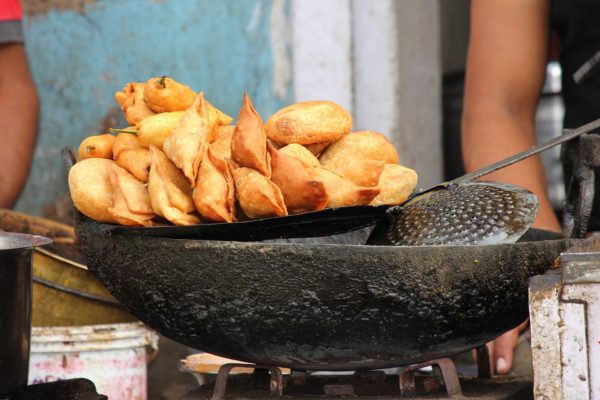 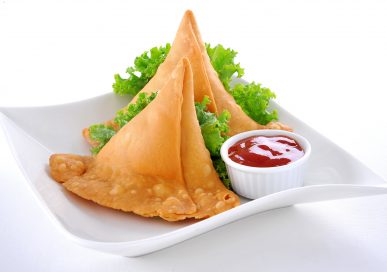 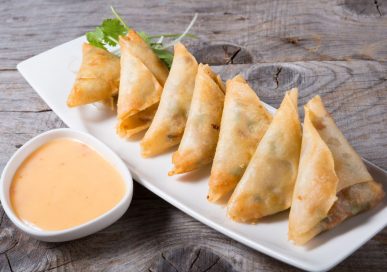